DETROIT – Jalen Smereck has had a taste of the NHL in recent years, playing in a handful of preseason games with the Arizona Coyotes.

Needless to say, the 23-year-old Detroit native has the skills needed to play at the highest level.

It’s also those skills and Smereck’s knowledge of the game, along with being close friends with Motor City Hockey Club coach-GM Jason McCrimmon, that led to Smereck joining Motor City as the team’s skills coach this season until pro hockey gets back up and running.

“When I was younger, I played for Jason on a couple spring teams and went to the Chowder Cup in Boston with him,” Smereck said. “Ever since then, I’ve kind of always helped out when I’ve been home, and we really connected back in the day. I like what he’s doing and I kind of see myself doing the same thing once my playing career ends, whenever that may be. There’s never a wrong time to start and I had some things at the top of my head, so I thought it would be a good time to help out.”

Smereck has been working with Motor City the past few weeks, helping the young junior players “learn the game further.”

“I just want to coach these kids the best I can and get them ready for the next level, whether that’s college or the next level of junior,” said Smereck. “The biggest thing with this team is that a lot of the guys have a lot to learn, but they want to be here, they’re willing to put in the work to learn. As a coach, that’s what you want. It’s huge when you have players that want to be taught.

“I know they haven’t started out with the best season, but I think these guys will turn it around. They’re starting to come around and I think down the road, they’ll be a great team again.”

McCrimmon said the players have taken to Smereck almost immediately and are buying in to what he is looking to push on the players.

“We are excited to add Jalen to our coaching staff while things are getting figured out at the pro level,” said McCrimmon. “Smereck has come in with the right energy and intentions for our guys to get better. His training techniques are going to put our guys where we need to be as the season moves forward. I've known Jalen for years, since coaching him while in his teens until now. The growth from a young kid to an adult has been an awesome journey to watch. Great pickup for Motor City, and an even better pickup for whatever pro team he starts the new year with.”

Growing up, Smereck played AAA hockey for Little Caesars and the Oakland Jr. Grizzlies. He also played junior hockey in the NAHL and USHL before a three-year OHL career that culminated with him serving as captain of the Flint Firebirds in 2017-18.

Undrafted, Smereck then signed a two-year contract with the Coyotes and played the past two seasons with the team’s AHL and ECHL affiliates.

“For the most part, playing pro hockey was always the dream,” Smereck said. “It was great to play a couple exhibition games with the Coyotes. That was really special because not a lot of guys get the opportunity to play at that level.”

During his time in Flint, Smereck worked with Rico Phillips, a local firefighter who founded the Flint Inner-City Youth Hockey Program more than a decade ago and received the Willie O'Ree Community Hero Award at the 2019 NHL Awards.

Combine those efforts with what McCrimmon is doing in Motown, and Smereck is now in that select group of individuals giving back to minority Michigan hockey communities.

“I think it’s great what both Jason and Rico are doing and like I said, I want to do the same thing,” Smereck said. “When my time comes and I want to start my own program, I’ll be able to start that up and do it the right way. I hope to make it very successful and that’s because of guys like Rico and Jason being role models for me. You can’t ask for more than that.

“They’re two different cities, but the same in a lot of ways. Obviously, Rico has the younger kids and Jason is working with juniors, but it’s the best of both worlds and they both have helped me find the way I want to teach.”

Now a free agent, Smereck is more than content being home and helping with Motor City. He added that a few pro teams have contacted him, but “nothing too much right now. We’ll see.” 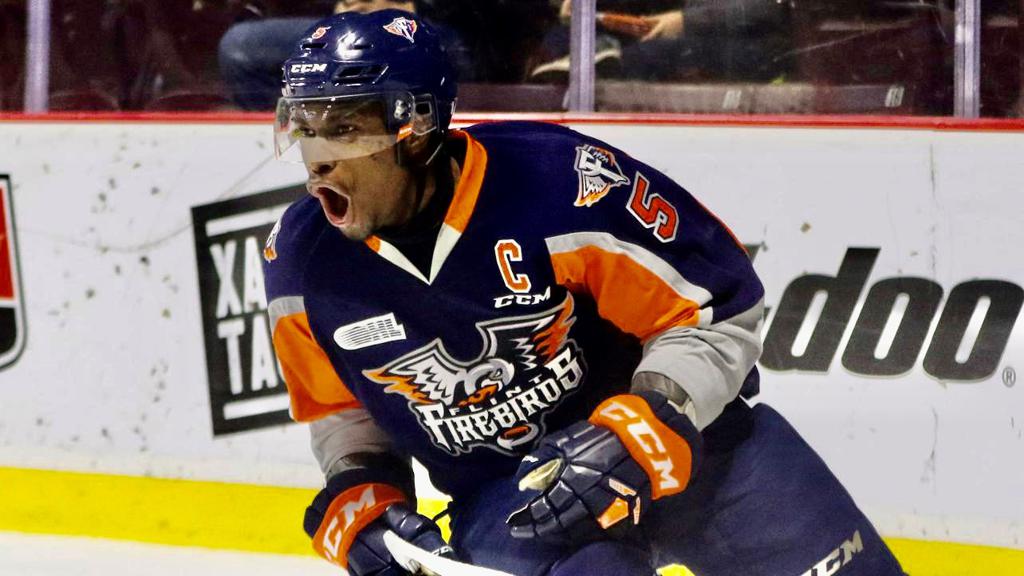